Food For Thought – Eliminating Childhood Hunger in Denver, One student at a time

Childhood hunger in Denver is a problem

As many of you know, Lauren is an elementary school nurse for DPS and works at a charter school called University Prep.  One campus in Downtown Denver (24th and Arapahoe) and another off 32nd and Steele.

Which means these schools are serving the poorest of the poor in Denver.  Many of these children don’t get to eat on the weekend because they don’t have the money for food.  Some of them are homeless as well.  Enter Food For Thought.  Food For Thought has made it their mission to defeat childhood hunger in Denver.

They started only 7 years ago and have given over 2.4 MILLION meals away!  That is impressive, but what is really really impressive is that they have done it all with volunteers.  No paid staff!  No one is making money off this… the only people benefiting are the families in need.  Even the board is all volunteer and they cover the administrative costs.  Pretty awesome.  One Power Sack delivered every other Friday to the kids at their schools, can feed a family of four, two extra meals.

Lauren reached out to Food for Thought with the hopes that her schools could possibly get on the list.  Within only 4 weeks, FFT had raised enough money to add BOTH her schools to their list and the kiddo’s received their first Power Sacks just in time for the long Thanksgiving week holiday.  That’s over 700 kids affected and hundreds of families added to the growing number that FFT serves!

I was lucky enough to be able to help hand out some of the Power Sacks with Lauren on Friday, November 23rd, and to see the look on the faces of the kids and also their parents…nothing can describe it.

It is such a small gesture, a Power Sack of food, but it takes a lot of work to make it happen for so many Denver schools and has a huge impact on the lives of children and their families.  Thank you Food For Thought and thank you Lauren for giving so much to the people around you.

If you are interested in learning more about University Prep  Denver Charter School (with a driven philosophy that “College starts in Kindergarten”) or Food For Thought Denver, follow the links at the top of this post. 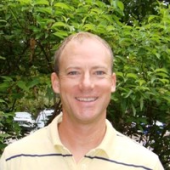 The Flying Ween goes to a stone show and other adventures